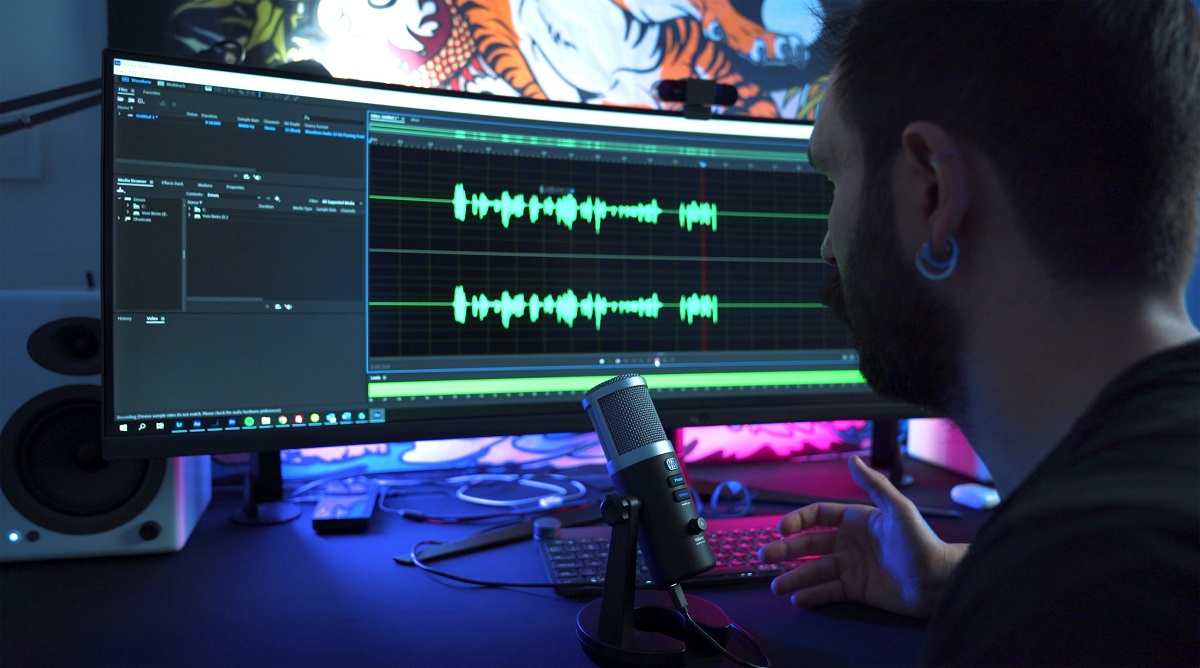 What is the first thing coming to your mind when thinking about some popular video game audio? The ringing chink coin sound in Mario, the Minecraft cave sound, or the voice of Sonic? Admit it or not, sound or audio plays a crucial part in the entire video game design and development.

You have partnered with a VR company to develop a Virtual Reality-driven gameplay design. But, have you considered video game sound design? What do you think? What does elevate a video game to a thriving title? Is it graphics, flawless storytelling, immersive technology implementation, engaging combat, or something else? Actually, all of these factors are equally important for a video game’s success. However, most of the time what game designers leave behind is designing the sound of premium quality.

When it comes down to working on game sound, it is not always about the noise. Game designers tend to feel the urge to create soundscapes with multiple layers. On the contrary, effective game sounds do not require tons of layers within. They need to hit the emotion of the gamers. Sometimes, even silence becomes the most effective game sound. The whistling sound of the wind, the pitter-patter sound of the rain, the sound of isolation, etc., are everything that makes a video game highly engaging.

Imagine how it will feel if a Mixed Reality company develops an application without any MR effects. Will the audience or customers accept it at all? For another example, think how it would feel to play Minecraft or Berserk without any sound. Or, suppose you are playing Mario. Whenever you hit the coins, instead of the chink sound, there comes another irrelevant sound.

How to Indulge in Effective Video Game Sound Design?

The following are some effective tips to create amazing sound effects for video games:

You can dig into the premium sound library of Sonniss, Pixel Prospector, or Incompetech. These websites hold an extensive video game tune list based on the different genres, themes, and backgrounds.

How the Sound Will Work in the Game?

Going to a gaming sound-providing website and getting an impressive sound effects is not the end of the game. It is, in fact, the beginning of video game sound design. You have to embrace the sound yourself. You can not implement the sound effects randomly in your game. Think about the best place or situation to use the sound effect. You need to get creative with your resources.

Point out the Essential Check Points in the Gameplay

You got plenty of sound effects. So, what would you do? Will you stuff every aspect of your gameplay with sounds? Don’t ever do that. Identify the essential aspects of your gameplay that require sound effects. It can be hitting a specific button, solving a puzzle, attacking enemies, accomplishing levels, getting a new potion, or going in the wrong direction, etc.

The Perfect Blending of Game Music and Game Sound

Many times, video game designers get tangled between game music and game sound. However, they are not the same. For instance, if playing the piano is the game music, the chords represent as game sound. The designer requires to make sure each sound effect must go hand in hand with the tonality of game music, without a single clash.

What are Your Competitors Doing?

To conclude, these are some of the significant techniques to follow while working on video game sound design. You can partner with a VR company or metaverse company to create thriving gameplay. However, never forget to consider game sound as an integral part of game development. If you are a newbie in curating game sound, no wonder there is a lot to catch at one time. And no matter what genre of game you are working into, a suitable game sound will elevate your gamers’ experience with the gameplay.